It's time for our JUNE 2019 MARKET UPDATE! Want to know what's going on in the real estate market across the country? Are we in a buyers market? A sellers market? Watch the video to find out! 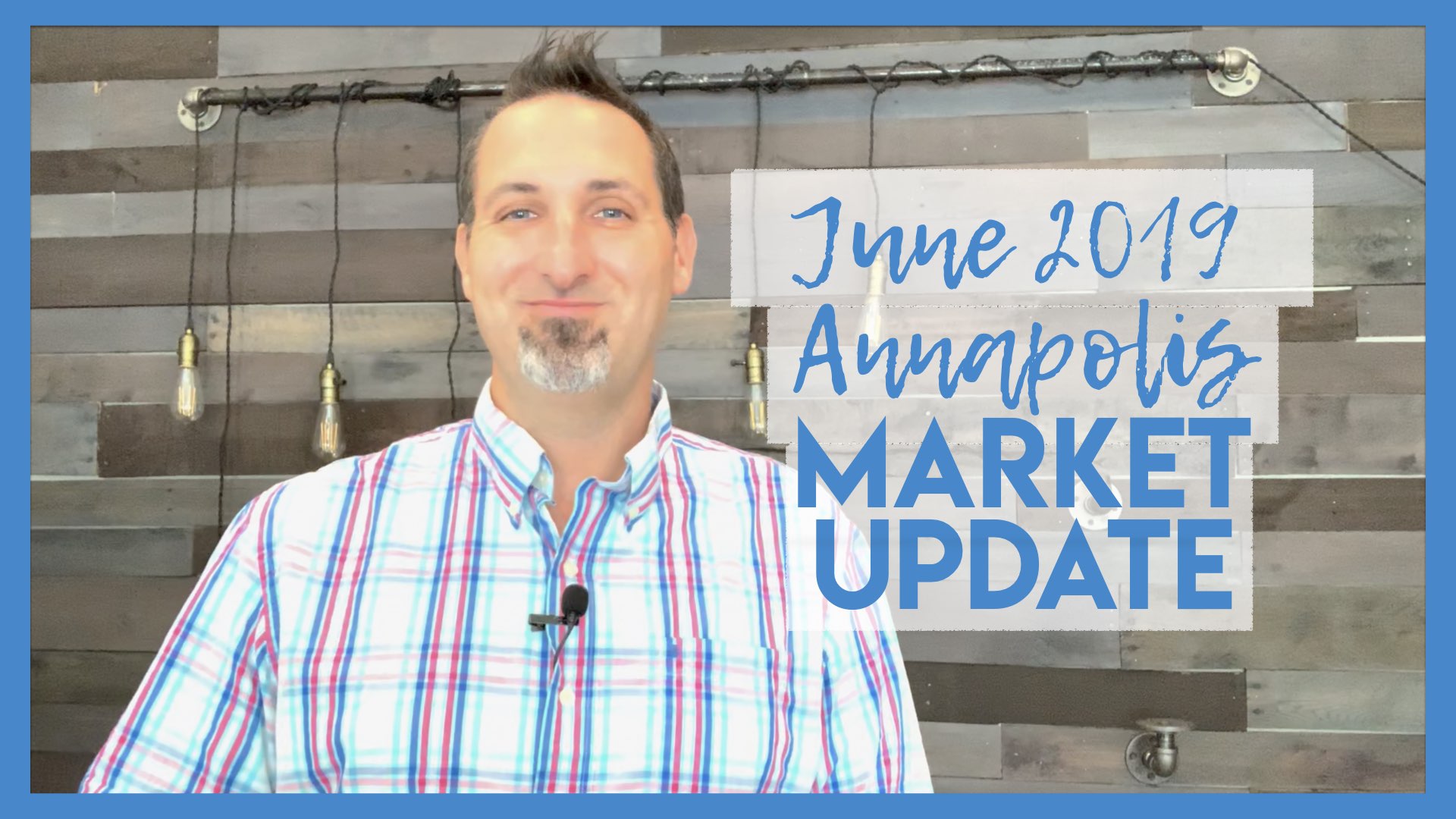 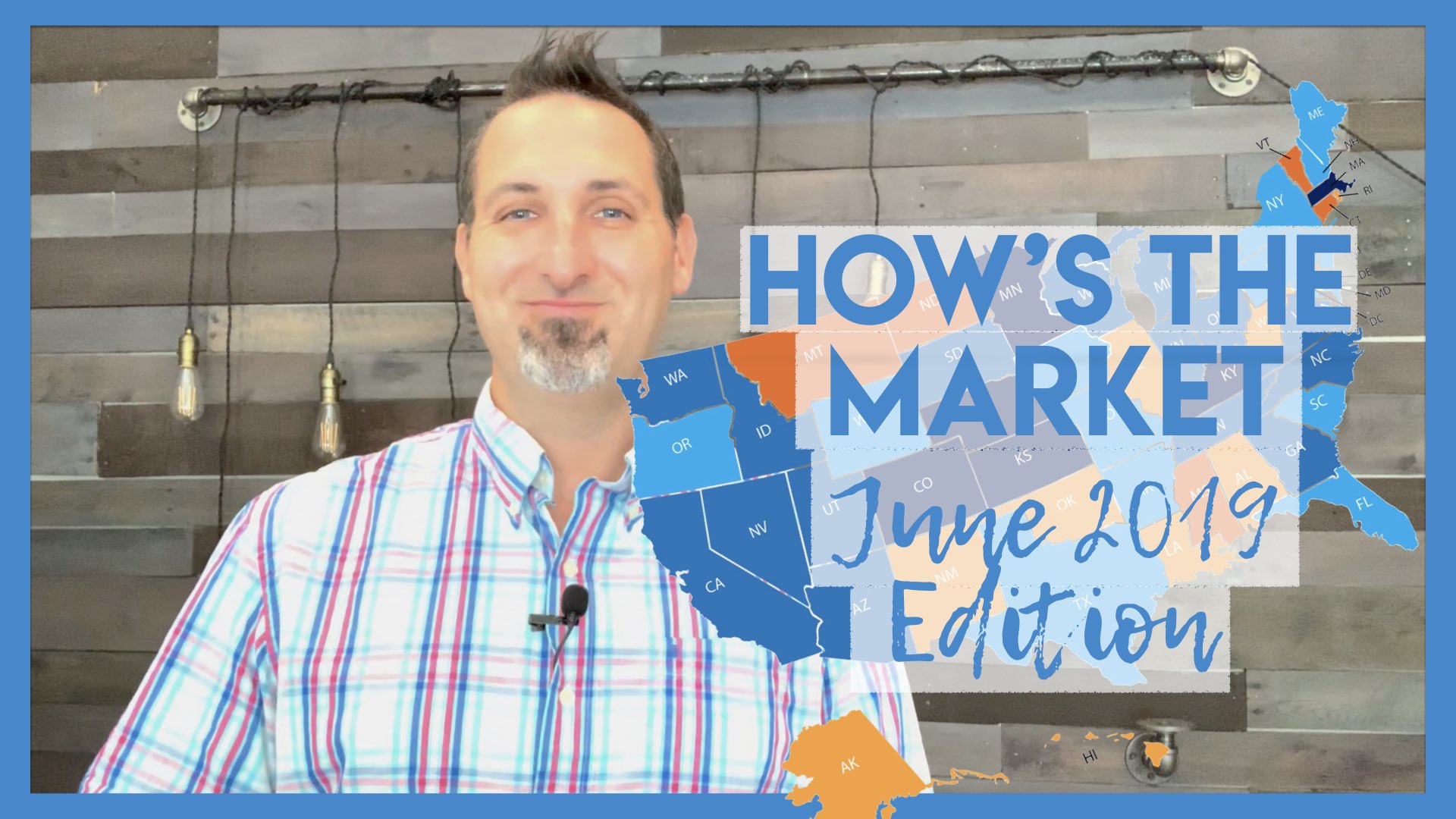 All right, so, we're here with your June 2019 Market Update. Right off the bat, a few things we wanna keep in mind. The feds have not raise or lower the rates last week. They met for a couple days, and, basically in a nutshell, they said, okay, look, our market is stable enough. Things are good. However, they're lookin' at the future and sayin' there's a few things that we're a little uncertain about so, therefore, they didn't wanna raise the rates and stall things out. But they also didn't wanna lower it. So they have some flexibility to do so in the future if they need to do so. I agree with them. I think that's a good position to take.

Couple other things. If you haven't been payin' attention with the trade war that's been goin' on, our interest rates are super low right now. Why are they so low? And, in fact, I didn't even think they'd be this low. Most of pretty much everybody on the planet did not think they'd be this low, right now. And the reason is, is because when we have uncertainty in Wall Street dealin' with like futures and all the other things, right. All the trade stuff.

When that happens, those guys maybe pull some of their money and some of their investments back from those and put them into real estate. When that happens, there's more loan options, right? So there's more money which means our rates are lower. So rates are great right now. I do anticipate this to stay around that fourish mark for the next year. In fact, we look at this graph from the Mortgage Broker Association. They're saying that it should be stayin' around 4% all the way through 2019 and looks like most of 2020. Now, again, that could change.

If you look at Fanny, Freddie, Mortgage Broker Association, pretty much everybody and their brother at the beginning of this year, they all thought we'd be up 4.5% right now. So things are lower than we anticipated. That's great if you're lookin' to go buy. And, in fact, if you're lookin' to sell a home, that's also great, because buyers'll have a little bit more buying power. So that's good news for us.

Locally and nationally, we're sitting at about a 4.1 month supply. Okay, that means if you stop putting homes on the market, how long will it take all the buyers to scoop them up? About 4.1 months. Now I've been sayin' for a good while now we're headed towards a normalized market. We're basically at a normal market, right? So six months of supply is a normal market by definition, however, in a on-demand market, I believe four to six months is the new normal, and right now, both nationally and locally, we're at 4.1. So if you take that into effect, if you hear people saying, "Hey, things are movin' a little bit more slow," or their appreciation isn't goin' up as much, well sure, because we're in this normalized market, or at least very close to that normalized market. So, yes, compared to years past, if you look at the action, things are takin' a little bit longer to sell. It's just goin' a hair slower. But, still, very healthy things are definitely movin'.

All, right, inventory. Inventory's been up and down a little bit. You know, we've actually had a hair more inventory in the beginning of the spring. Right now it's all bit low. It's a little bit low in terms of actors because we've actually had a lotta solds and a lotta new pending contracts. So the fact that it's a little bit low right now is okay because we've been getting good solid action. You can see the charts are really solid on that front, but you do have to look at each each price point in terms of knowing is it fast, or is it slow? Again, your lower price point there's movin' fast, multiple offers, bidding wars, et cetera. Higher price points, things take a bit longer. But if we look at all the properties in Annapolis in May, we're sitting with an average of 38 days on the market, which really is not that bad. It's a tad more, a tad slower than this time last year, however, if we look at the overall year, we're actually right on par with where we were last year, right at 53 days. So, again, things are holdin' pretty steady, but and we're still in that four months-ish. We're seeing some of that, I think, was a little bit of a pickup where it moved a little faster right now because of the way the interest rates were. If they're at that 4 1/2 that they anticipated, it think it would be just a hair more, but things are movin' really well.

So in the last 60 days, you may have noticed that Annapolis has felt to be a little bit more expensive if you're lookin' to buy a home. Well, the stats actually can show that. You can see right here that the median sold price is up 12.8% nigher than this time, was it last year? But, don't get too excited. We're not in a bubble. That was just for that month. If we actually look at year over year, we're a little bit over 2%, okay, 2.4% to be exact. So things haven't gone crazy. We just had this little boom, partially 'cause again of interest rates and the weather's been good. People are out there tryna buy homes.

I think it's gonna be a solid year. You know, I know some people talk about the potential bubble and all these other things goin' on, but, realistically, when we look at the GDP that's expect, when we look at the economy, the unemployment numbers, the interest rates, things are movin', the real estate market is very healthy. I think it's gonna be a great 2019. I am Brendan Spear with Caprika Realty. Thank you so much for watchin'. Have a great day. 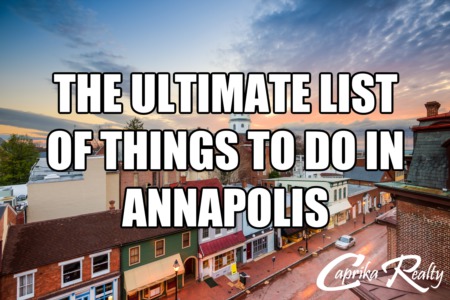 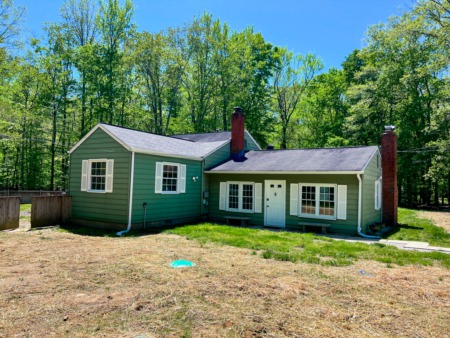 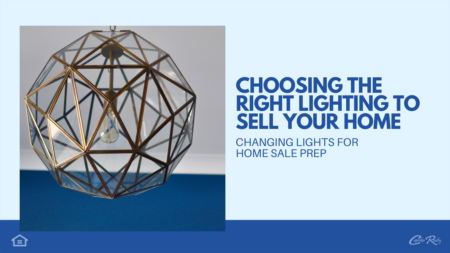 Choosing the Right Lighting to Sell Your Home